I Was Wondering What To Blog About....

when I received an email from Barbie Collector and low and behold.......have you all seen this stuff?
I am amazed.  I don't know if I love it or hate it.  I know I love Barbie and after reading her profile I think I love it, I don't love the prices.....and I'm wondering, why didn't I think of this? 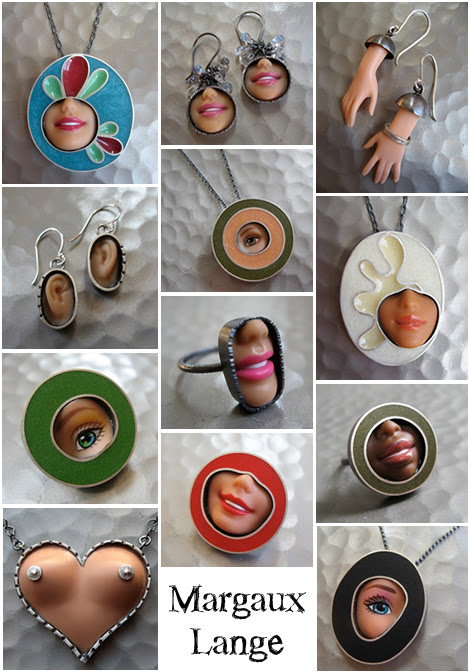 You can visit her blog here.  Pretty amazing stuff.
Posted by AngelMc at 11:00 PM 9 comments:

Conversation With The Puppies 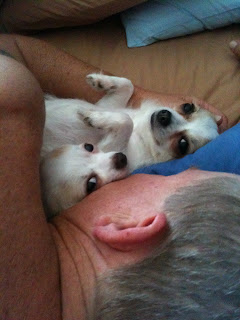 Him:  Do we have any corn meal?
Me:  If we do it's in the refrigerator.
Him:  No don't see any.
Me:  Just coat it in flour.
Him:  No, that's just not right.
Me:  I'll call the neighbors.  Can  we borrow a cup of cornmeal?
Neighbor:  Sure, I'll send D over with it.
Me:  Thanks, that's great, I'm in my nightgown.
Neighbor's son comes over with cornmeal when David says...
Him:  Do we not have any oil?
Me:  I don't know, did you look over the stove?
Him:  Yes.
Me:  Then I guess we don't have any.
Neighbor's son: Do you want me to go get you some?
Him/Me:  Yes.
Me: Calling neighbor and laughing hysterically.....can we borrow some oil?
Neighbor:  Why don't yawl just come over here and cook the fish?

when I decided to give the dogs a bath.

CiCi needed it the worst.
When I got home she and GinGin were on the bed and as always, excited to see me.
They were jumping up and down and I gave them the loving they wanted.
I decided to do a little experiment to see of CiCi could really read my mind.
I looked at CiCi and thought about how much I loved her.  She looked back at me smiled. (yes she can smile at me).  Then I looked at her and thought about how I was going to give her a bath.  She immediately ran under the bed.  See she really can read my mind.
I eventually captured her and gave her a bath in the kitchen sink as usual.
In the mean time David was back from an errand and began to make a chocolate "explosion cake" and some crazy creation of a pie that he made with vanilla pudding and cranberry sauce. Yuck.
So GinGin missed her bath.
When I got up yesterday morning the kitchen is what looked like an explosion.  But he won second and third place at the hospital picnic with his deserts.  And he recouped the money he spent on the ingredients because he won 2 books of meal tickets.
After we got home from work, we found out company was on the way and we began a quick clean up of the house.  He began to clean up the kitchen.......and he is nutty about the dishwasher.  He washes the dishes before he puts them in the dishwasher....it seems the dishwasher is for sanitation only....crazy.  The conversation follows.
Me:  Where did you get that cloth you are washing the dishes with?
Him:  I don't know it was in the sink.
Me:  That's the one I bathed CiCi with last night.
Him:  You're kidding.
Me:  Uh no.....deep sigh.... 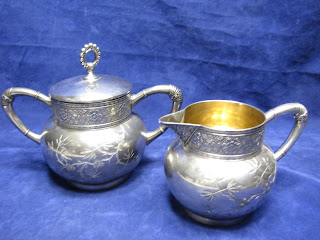 I bought a set similar to this at the auction.  Except my sugar bowl does not have the top, and my creamer has a dent and my set is scruffier.  But this set is for sale on eBay for $29.99 and I bought mine which also has a bigger bowl (with no lid) for $5.00.  The set cleaned up nicely and looks quite charming despite it's wear and tear.  Does anybody know anything about James W. Tufts quadruple silver plate?  I'm thinking about planting a little maiden hair fern in the larger pot...what do yawl think?  Will it ruin it? I don't plan on reselling.....and I love the idea of things repurposed.
Posted by AngelMc at 8:16 PM 3 comments: 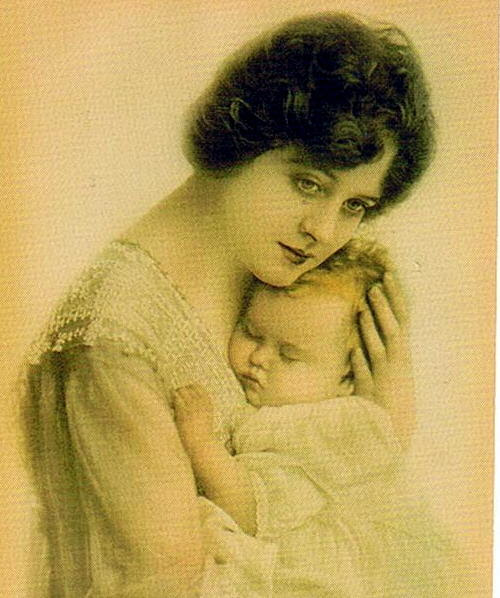 when David was laying some peel and stick tile.
We are renting my mother's house, so we have been doing a lot of painting and cleaning.  David pulled up the carpet in one of the bedrooms and replaced it with peel and stick tile.
The tile is made in China.
He noticed a perculiar lump between the peel-off paper and the tile itself.  Hmmm now what could that lump be?
Well it was this. 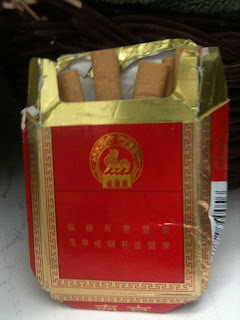 Chinese cigarettes.
Posted by AngelMc at 8:29 AM 7 comments: