The Gauntlet Hose Has Been Thrown Down

Since I am a southern girl, and I have spent quite a few hard earned bucks to plant those rose bushes on either side of the drive way and I anticipated the current heat wave, I bought a long hose, splitter and two short hoses and two sprinklers to water said flower beds.

Indignant Husband asked why did I buy that when we already had all of the above.  He expected me to find said hoses/splitters/sprinklers etc. drag them to the front of the house and hook them up etc.

Not.  These were designated for said flower beds.  Now there.

Soooo on coming home one day this week, I find that he had procured MY said hoses/splitter etc and moved them to the other side of the house to water HIS grass.  Hmmm.

I simply went back to Wally World and bought another set.

More Indignant Husband said why did you buy another....when all you need to do is....go get the ones you just bought and drag them over?

Now let's get this straight I'm not dragging said hoses etc all over the yard.  I'm not.

So let's see now we have hoses for days. 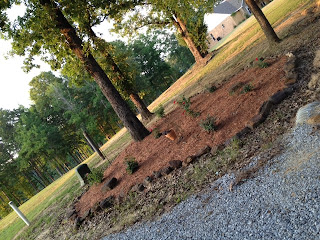 I asked him (nicely) to be sure and water MY roses.  And yesterday when I arrived home after querying him and 2 wild monkeys...they all said the same thing that yes he did indeed water MY roses.

HOWEVER, he did not put the said hoses/splitter/sprinklers back.

So now my question for you dear readers, should I go back to Wally World and buy another set?

I don't want to tick him off, but I do want to make a point and I think he has thrown down the Hose/Gauntlet.

I took these pictures Friday afternoon around 6ish. 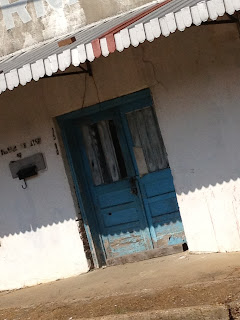 It was hot.
It was dry.
And the doors were blue. 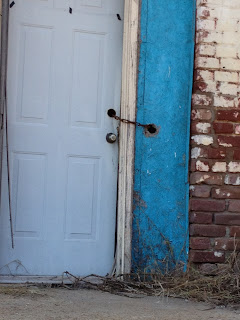 Well one of them was blue. 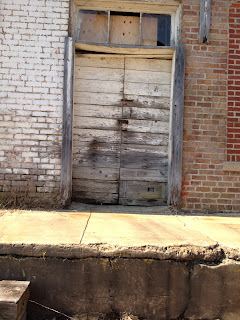 And the country was blue too. 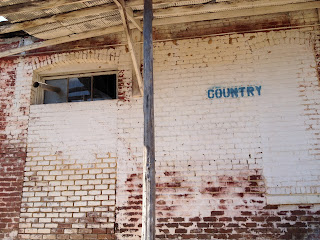 It All Started With The Wild Monkey Dance Recital

But of course she eventually got it back...after all it was her pillow. 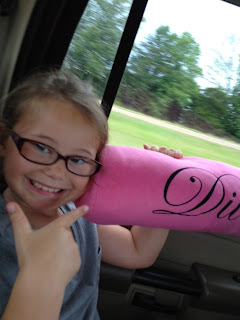 After we got to Tupelo WMs #6 and 7 were taking a nap...so I wanted to go shopping.  I bought a new shirt and wanted to go to Hobby Lobby (I love HB)  but PapPaw was getting ticked because he was hungry...which is how we wound up at Chili's.
Now just let me say that I am a teetotaler.  And I was raised Southern Baptist. My mother hated alcohol. Hated it. I never had even a sip of it until I was in college. After David and I married, I never ever drank anything, probably went for 15+ years without drinking anything.   It was sort of a conviction I had...but the coast did something to me...'cause I had a few Margaritas down there..and let's just say that at Chili's, I had this: 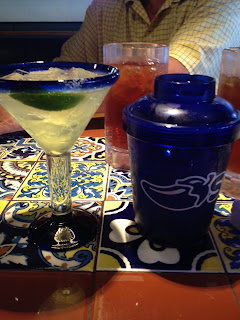 And it was goooood.
We left Chili's and I was, quite frankly, high as a Georgia pine, or tight as a tick.  I was happy and feeling no pain or no dread for a 4 hour dance recital...until we pulled into the venue.  A church.  Uh oh.
I have done a lot of things in my wild younger days, but I have never gone to church tight.  As I was walking in and pondering the situation I realized that it was a former church building (stained windows still there) that had been turned into a performance hall.  Whew.  I'm really trying to live a good life..I am.  But I'm human.
I enjoyed the recital immensely and the Margarita really helped sitting through a thousand little girls dancing...really the Mamas should all get their money back....no body was in sync...nobody.
#6 looked cute in her Big Bird costume. 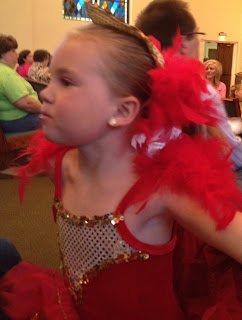 Oh and of course a dance recital in Tupelo Mississippi would not be complete without Elvis. 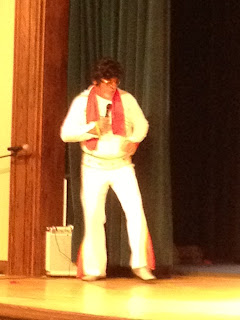 All that to say, do you think that my punishment for imbibing was the reason the sink in my office fell off the wall Monday morning and water shot to the ceiling in a fountain that flooded my office... getting my PC, monitor, keyboard files etc. etc. wet?  Causing the carpet to be pulled up...and moving me out of the office for as yet unknown amount of time?  And several other things that happened Monday?
And I won't even go in to Tuesday....but today was better....
Was it worth it?  Gosh that Margarita was good....
Posted by AngelMc at 9:22 PM 3 comments:

We just got back from a trip to the Gulf Coast.
Me, David, my son, my DIL and her Mom and 4 Wild Monkeys.
Sigh.
We had a great time. 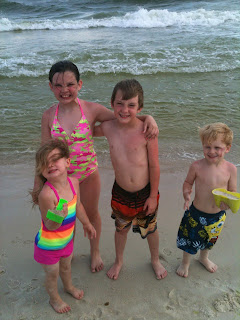 But that is not what this post is about...it's about how my husband, son and grandsons are all just alike in certain ways.
My DIL were comparing notes:
They can not stand cold water...(or really anything cold touching them for that matter) to the point that they just about will not go swimming.  #7, that's him on the far right, would not get in the ocean under any circumstances.  He did eventually get in the pool though.  My DIL soaked David at the water park and I had to buy him a new shirt.  He wanted me to buy him a pair of shorts too, but I lied and said they didn't have any.  There is no way he would have gone inside in the AC with a wet shirt on.  No way.
They can't stand for their bare feet to touch anything. (A cold floor is the same as death) It is a real struggle for them to go barefooted at the beach.  They would really prefer to wear swim shoes, but my DIL and I will not allow it.
They are constantly trimming their toenails.  If they grow even the tiniest little bit, they trim to down in the quick.
They don't like you to look at their feet.
They can't stand water in their ears, they are obsessed with QTips and will not go anywhere without them to dry out their ears.
They can reach and take a bite off of something on your plate without asking, but they will pout if you even ask for a bite of something of theirs, and don't even think about just reaching over and getting a bite.
There is more ......... but anyway.  We had a lot of fun comparing notes.
I love my DIL..